VGNP incorporates funk, pop, rock, and humor into its own brand of theatrical indie rock, often sited as a modern day Talking Heads or B52s. The group puts on a high energy show and are known for their unique comedic music videos.

With singer Alisa Damaso, Giggle Party member Ian Mesey, former Forrest Day players Jeremy Greene & Jasper Skydecker, the 5 piece have put together a eclectic array of songs and have played all over the Bay Area. We have two albums with the latest, The Curiosity Shop, out in Feb. 2019. Find out more and see when we’re playing next at vgnationalpark.com.

FANTASTIC is a 20 minute parody of Disney’s “Fantasia”, combining 4 short original segments with original “classical” music that I wrote, featuring some of San Francisco’s finest underpaid musicians. Hear the Music!

The film is on now on YouTube but you can also buy a SPECIAL EDITION DVD RIGHT HERE!!! It comes with the full film, commentary, extra footage, bonus features, digital download of the soundtrack, and other films including the award-winning “Duluth Is Horrible.”

My rap commercial for herbal supplement company, Nordic Naturals, yo.

And you can get the “extended” version of the song for free here:

In the tradition of indulgent 70s/80s concept albums, I’m pleased to announce my new rock opera, “Roger (Or Journey to Mars from the Styx of Kansas in an REO Speedwagon Starship)”.

In 16 genre-hopping songs, it tells the story of Roger, 42 & still living with his mom & brother Dan. He loses his job, his girlfriend, and gets kicked out of his cover band. It is then he meets the Ghost of Duane Allman who turns his van into a rocket van. Roger flies off into Space where he dates the Mars Princess, blows up the Earth, & becomes King of the Universe. NOW THAT’S WHAT I CALL MUSIC!

You can listen to it completely free online but if you feel the need to purchase it, that option is also available. Support Independent Rock Operas! There’s also a video for one of the tunes featuring just myself, a parka, & my IPhone: http://youtu.be/5CnERazTZ3A

This is my first purely music album ever and I’m very proud of it. I hope you will enjoy. Thanks for your continued support!!

Well I’ve really gone & done it this time. After a successful Kickstarter campaign, I went to Duluth, MN in Feb. 2013 to make a short film affectionately called “Duluth Is Horrible.” It was the talk of town and I had a blog that documented the whole experience.

The film is a series of vignettes chronicling a few lonely people in Duluth, MN searching for a connection in a bleak winter. There is no specific plot in its 17 minutes but some of the short vignettes connect loosely. Scenes include the aftermath of a breakup from both sides, an older zookeeper on a online date, a Redditor complaining about his cat, a karaoke scene, a disillusioned Sex Chat girl, 5 people dressed as Carmen Miranda, a call from Enterprise Car Rental, and a little Disney magic thrown in for good measure. It will be the most personal and “dramatic” of my work. That said, I just have to throw in a few absurdist touches.

The film won the 2014 Woodcock Jury Prize at the San Francisco Independent Film Festival. Get a digital download here (and the soundtrack!). OR you can even watch it on Fandor. OR it’s included as a bonus feature on the Fantastic DVD. In the meantime, enjoy the trailer.

Wake up! It’s 1986 and you’re watching KNFR, Channel 13 Yreka. Sit back and enjoy a classic episode of the children’s variety show, “Wizzy & Friends”, along with some vintage commercials & promos! The film is a 30 min. parody & includes the viral hit, “David’s Pizza”

KNFR will be making it’s way to film festivals soon! In the meantime, you can check out all the completed clips and more on the KNFR Facebook page. You can also buy a special limited edition DVD straight from the filmmaker with bonus shorts, interviews, unused footage, and commentary!

As seen on the Washington Post. You can download the original soundtrack here! 10,000+ views & a recent trip to the Gangrene Comedy Film Festival.

When I came home from school as a kid in the 80s, I watched “The Muppet Show.” These characters resonated with me and I wanted to own everything Muppet. In the third grade, my mom had bought me a bunch of Muppet folders. However when I pulled them out in class, the other kids made fun of me and suddenly I was embarrassed by them. It wasn’t cool to like the Muppets. I resorted to learning everything about Jim Henson & his work in private.

Luckily sometime in the last 10 years, the Muppets made a pop culture comeback. Finally I felt like I could let my Muppet freak flag fly. However, when I heard they were making a new movie to revitalize the brand, I was scared. The Muppet franchise itself had been sucking hard the last 10 years. It just wasn’t the same and Steve Whitmire’s weaselly-sounding Kermit did not sit well with me. I always thought I could do a better voice and knew the characters better than they did. Thus, the Muppetless Movie was born.

I’d never be able to get the puppets so using actor look-a-likes was a necessity. Over 25 Muppet characters are represented here from the big ones to smaller ones (just for the fans). I play Kermit and the voice of Rowfl, Janice, the announcer, & some lettuce. As filming went, I truly felt like the frustrated frog as he dealt with all these bizarro characters (all of whom wanted more screentime.) The faux-trailer format was decided so I would be able to have lots of little Muppet soundbites without having to get into a real plot. Of course, people now think a real Muppetless Movie is forthcoming. My response is always “if enough people want it, I will make it.”

I may never get the work with the actual Muppets so I did what an any eccentric filmmaker fan would do – rent a bar and have a bunch of local actors dress up like freaks. Enjoy the “Muppetless Movie” 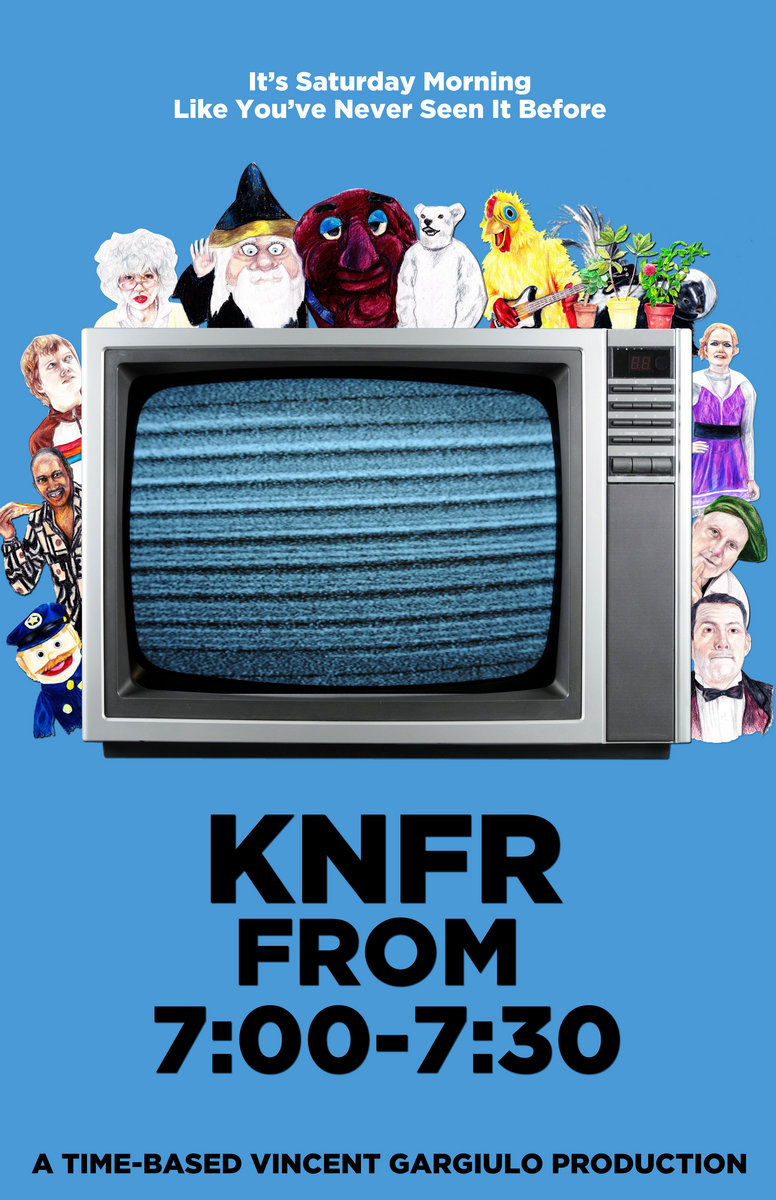